We east inflatables are qualified with Flame resistant, EN 71, Lead-free certificates. We have verified through the EN 14960 Standard. The EN 14960 Standard was passed by the European parliament in 2006. It was created to cover all aspects of inflatable play equipment that is “jumped” or “slid” on, from the manufacturing stages through to usage and examination.

Today, most reputable bouncy castle manufacturers use this as the standard when building new inflatable play equipment.

The standard is the result of an initiative within the European Parliament to investigate the manufacturing, use and testing of inflatable play equipment. The Committee created to carry out the investigation included representatives from twenty eight different European countries, although the first draft standard was the work of just five countries including Germany, Italy and the United Kingdom; it was published in 2003.

The standard was given the scope to be applied to all inflatable equipment intended for use by children, specifically those under the age of 14. It was created to provide “appropriate measures” which addressed risks and the causes of accidents in regards to the design and construction of play inflatables. Ultimately, the purpose of EN 14960 is to make inflatables safer for users.

For bouncy castle business owners there are only a few items within the 47 page document that are particularly pertinent.

One of these items is concerned with the placement of the inflatable stating that they should:

• Never be placed near overhead obstructions such as trees or power lines.

• Never be placed on a slope greater than 5%.

• Always be placed upon a cleared area with not sharp objects or debris.

• Use a fence for the purposes of crowd control.

Another is concerned with supervising users stating that:

• Unattended inflatables should be deflated, with a disabled power source.

• Supervisors should restrict the number of users on the inflatable at any one time.

There are also items concerned with maintenance of the inflatable which include information on:

And a large number of items all focussed towards the responsibilities of suppliers to provide certain information to operators including:

• How annual testing should be carried out.

• Operational procedures for inflatable use.

• The frequency of inspections and what to look for.

• How to set up the inflatable safely.

• Restrictions on use of the inflatable e.g. maximum size of users.

Naturally this is only a small selection of the information contained within the document, but does show that the standard covers practically all of the elements within inflatable purchasing, owning and operating. 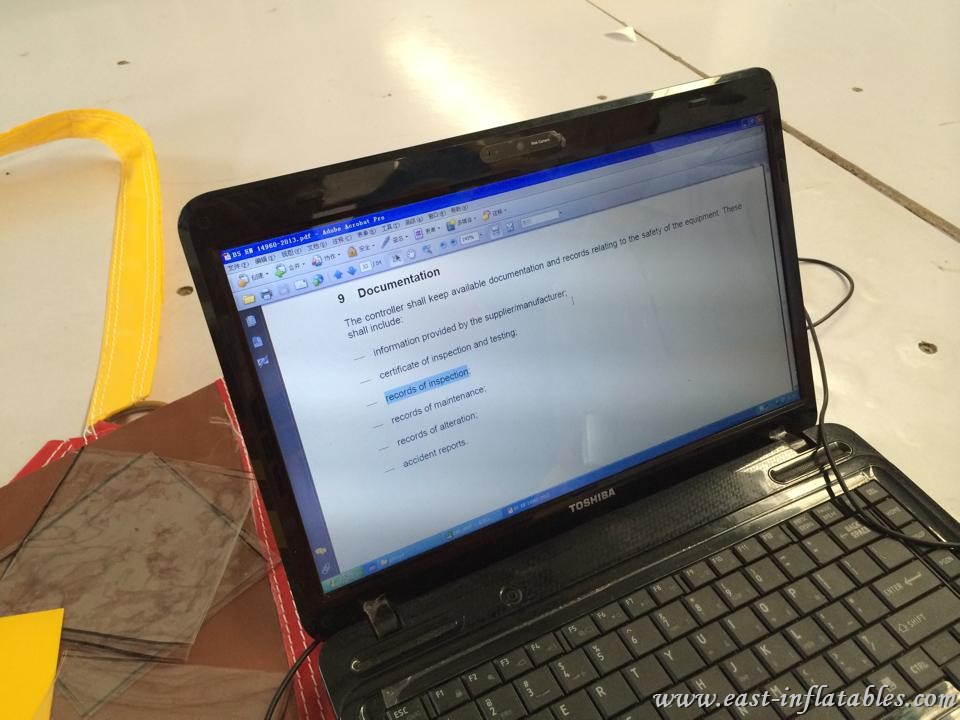 Our inflatables are built using “Lead Free” Vinyl that is it confirms and is in accordance with US Consumer Product Safety Improvement ACT (CPSIA) 2008.Lead Free means below 90ppm (parts per million) 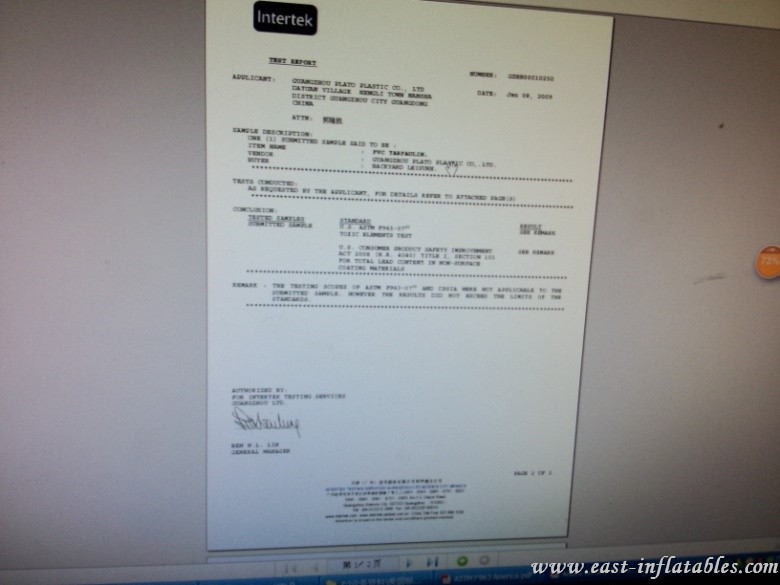 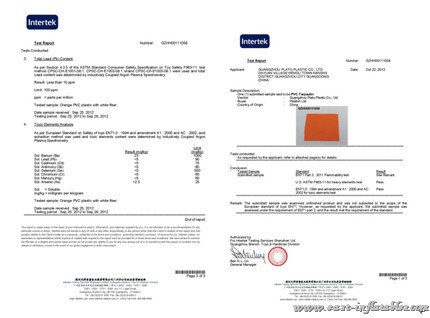 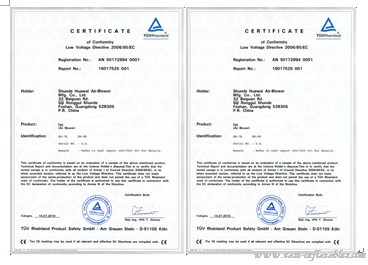 All of our inflatables are manufactured according to Australian Standard.

Our castles conform to Australian Standards AS3533.4.1.We produce the inflatables according to the requirements of Australia; we promise that our products conform to c. 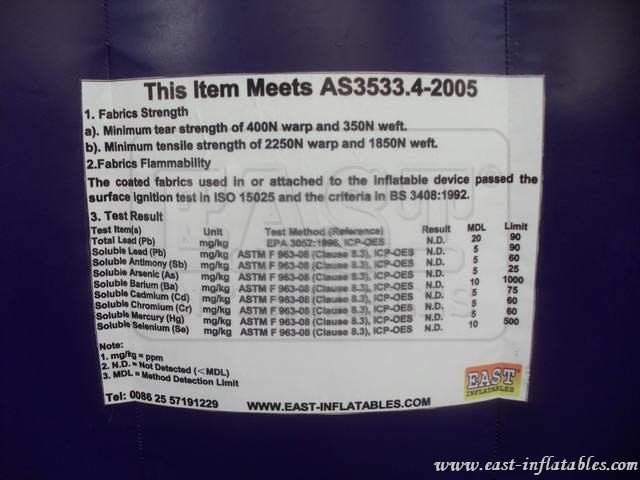 Written by Cathy from East Inflatables. 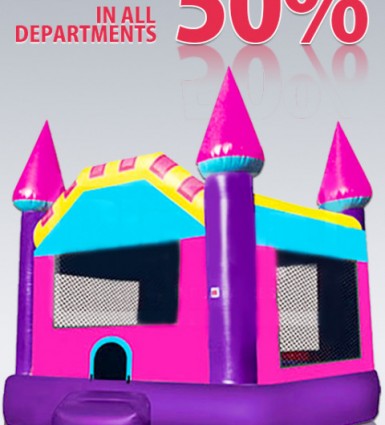